Francis must include global survivor groups in summit

Summit will have “no credibility” if led by prelates who cover-up child sex crimes.

Francis must include global survivor groups in summit.

WHAT
At a sidewalk news conference, the leading global and US organizations representing clergy abuse survivors will

The Message from the US Bishops Meeting in Baltimore is Clear:  US DOJ and State AG’s must intensify their investigations of bishops

November 14, 2018. The US bishops came to Baltimore this week assuring Catholics and the public that they would act with “intense urgency” to implement comprehensive and tough reforms to hold themselves accountable for the decades long cover up of child sex crimes across the United States.

Survivors: Bishops Must Deliver on Final Day of Conference

November 14, 2018. President of the United States Conference of Catholic Bishops (USCCB), Cardinal Daniel DiNardo, began the week by announcing that per the Vatican, no vote would be taken on measures to reform the process of the investigation of allegations of sexual misconduct against bishops or the bishops’ negligence in responding to allegations.

The bishops are expected today to present concrete working proposals that describe how they intend to repair their irrevocably damaged credibility, now considerably worsened by their inaction so far this week.

U.S. bishops have demonstrated that they cannot act to protect U.S. children and hold themselves accountable to U.S. laws.

Both the reporting system and the Special Commission described in yesterday’s meeting are accountable to no one but the Vatican. The results of the investigations will […]

November 13, 2018. At this morning’s USCCB Assembly, Vice President Most Reverend José H. Gomez unveiled a third party reporting system for clergy sex abuse claims that had been approved by a leadership committee in September, telling the conference it was not an actionable item requiring their vote.

He went on to describe the system – a toll-free number and internet link intended to gather and transmit claims of sexual abuse of minors, sexual harassment and misconduct with adults, and mishandling of complaints by bishops and cardinals. It was made clear that this system would not investigate the claims, but simply gather information. The investigations will be conducted by a special commission.

Saying “some people think you should […]

November 11, 2018. This weekend, the Washington Post reported on several proposals from the United States Conference on Catholic Bishops (USCCB) to curb the child sex abuse and cover-up scandal that has gained prominence in international press.

The bishops’ early proposals make no mention of compliance with the October 9th letter from the Department of Justice mandating that all documents related to clergy sex abuse by every American bishop must be “preserved in their current format and condition” by dioceses. Evidence shows that some bishops have shredded criminal evidence of abuse in the past, including several who will be attending the conference. Last week, survivors wrote to U.S. […]

Gingrich must get Vatican assurances that bishops will comply with DOJ directive to not destroy abuse files, groups says.

A global group of prominent clergy abuse survivors and human rights activists today is urging the United States ambassador to the Vatican, Callista Gingrich, to publicly address the sexual abuse crisis and intervene with Pope Francis on behalf of all U.S. victims of abusive priests.

The group is also requesting all correspondences concerning the United States and the Vatican related to sexual abuse by clergy, including those by former Apostolic Nuncio to the U.S., Archbishop Carlo […]

Re:  Survivors of Clergy Sexual Abuse and the U.S. Response to the Vatican

We are writing to you as survivors of clergy sexual abuse and human rights advocates from the United States and around the world.

On November 12, the United States Conference of Catholic Bishops (USCCB) will be convening in Baltimore to address the crisis of sexual abuse in the Catholic Church.

The meeting takes place in the wake of an unprecedented formal notification by the U.S. Department of Justice (DOJ) directing every Catholic diocese to “not destroy, discard, dispose of, delete, or alter any” documents related to the sexual abuse […]

US DOJ orders all US bishops not to destroy abuse documents, but in previous post Pennsylvania bishop did just that.

October 26, 2018. Today it was learned that the U.S. Department of Justice has put every US diocese under notice to “not destroy, discard, dispose of, delete, or alter any” documents related to the sexual abuse of children as they investigate “possible violations of federal law.” The letter, addressed to Daniel Cardinal DiNardo, President of the United States Conference of Catholic Bishops, is significant because it covers not only the state of Pennsylvania, where the D.O.J. has officially launched a federal probe, but the entire U.S.

One Pennsylvania bishop likely at the center of the current federal investigation is Bishop David Zubik of Pittsburgh. Zubik has a long history in Pittsburgh.  According to the Pennsylvania Grand Jury Report, as Auxiliary Bishop and Vicar of Clergy under […]

US justice officials are well behind Australia and other countries. 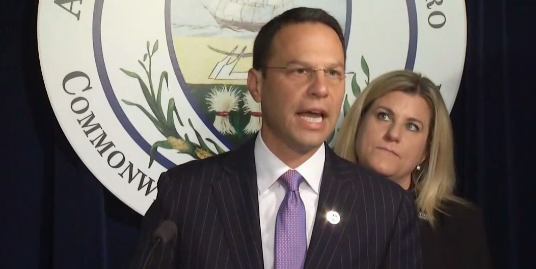 October 18, 2018. Today it was learned that the US Justice Department has finally launched an investigation into the sex abuse of children and the cover up of those crimes in the dioceses of Pennsylvania. This is a long overdue and significant development.  It should lead to a nationwide probe of every diocese and religious order in the US, especially where the documentation and evidence is similar, if not more damning, than Pennsylvania. This includes several states where nearly full sets of church documents have been court ordered released through civil courts and church bankruptcies. There are now over a million pages of abuse files that have been made public across the […]