Figures published today on the extent of sexual abuse by priests in Germany. 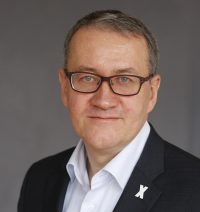 September 12, 2018. It is good that we finally have figures available that prove what we already suspected:  Like its sister churches in the USA, Australia, Ireland and many other countries of the world in which the Catholic Church is represented, the Church in Germany is entangled in a system of abuse and cover-up, and has been able to deceive the public about it for decades.

The study shows us only a part of reality: Files were destroyed, many cases were not properly documented, and there was confusion in the file keeping. Above all, the religious communities were not examined at all!  The victims of Canisius-Kolleg, Kloster Ettal, the Regensburger Domspatzen and all the other boarding schools, schools and homes were not considered in this study.

A glaring omission is that there were no statements from victims although there were thousands of sex abuse cases reported in the German Catholic Church. Also, there were no testimonies of witnesses and no possibility to search directly in the archives for cross connections, crime patterns or confidants. In addition, we are not told the names of perpetrators and no responsible bishops are identified who have covered up and perfected the system of sexual assault and cover-ups over decades.

Nevertheless, what is shown here in sober figures is shocking when one imagines the suffering that has been brought upon so many children and young people, their families and relatives.

The appalling extent of sexual violence perpetrated by priests against children and adolescents makes clear what we urgently need: a comprehensive, independent investigation. To this end, the Church must provide direct access to its files and archives. The investigations by commissions in Pennsylvania and Australia, can serve as models to clear up these crimes by public prosecution and criminalistic means.

For eight years, the Church has promised to take care of the processing of these cases.  Politics and society watch these efforts largely apathetically.  Now it is clear: an organization of perpetrators and cover-ups cannot deal with itself.

I appeal to politicians and society to work for the creation of a legal basis for an independent, professionally equipped commission of inquiry.

Finally, it is time for politics to remind the Church of the Round Table’s recommendation to seek agreement with its victims on adequate compensation for this system of abuse and cover-up. The recognition of payment unilaterally implemented by the bishops is no substitute for it. It is arbitrary and intransparent in the procedure and ridiculous in the sums awarded, which on average do not even amount to 3000 euros.

In view of the apologies concerned, which we will hear again soon, these are untrustworthy as long as the bishops do not agree to a comprehensive processing of the matter and thus to the payment of adequate compensation for the failure of their institution.

WHO WE ARE
Ending Clergy Abuse (ECA) is a global justice organization of prominent clergy abuse survivor leaders and human rights activists from over 18 countries and 4 continents. ECA compels the Roman Catholic Church to end clergy abuse, especially child sexual abuse, in order to protect children and to seek justice for victims. https://ecaglobal.org– @ENDCLERGYABUSE –contactus@ecaglobal.org

ECA produces a seasonal newsletter, covering major news and developments on child protection and advocacy from around the world. Please sign up to get our newsletter.